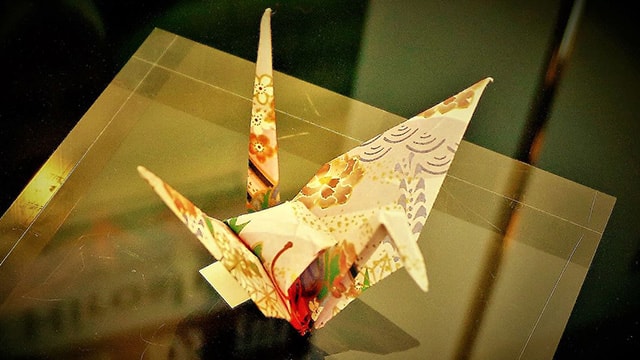 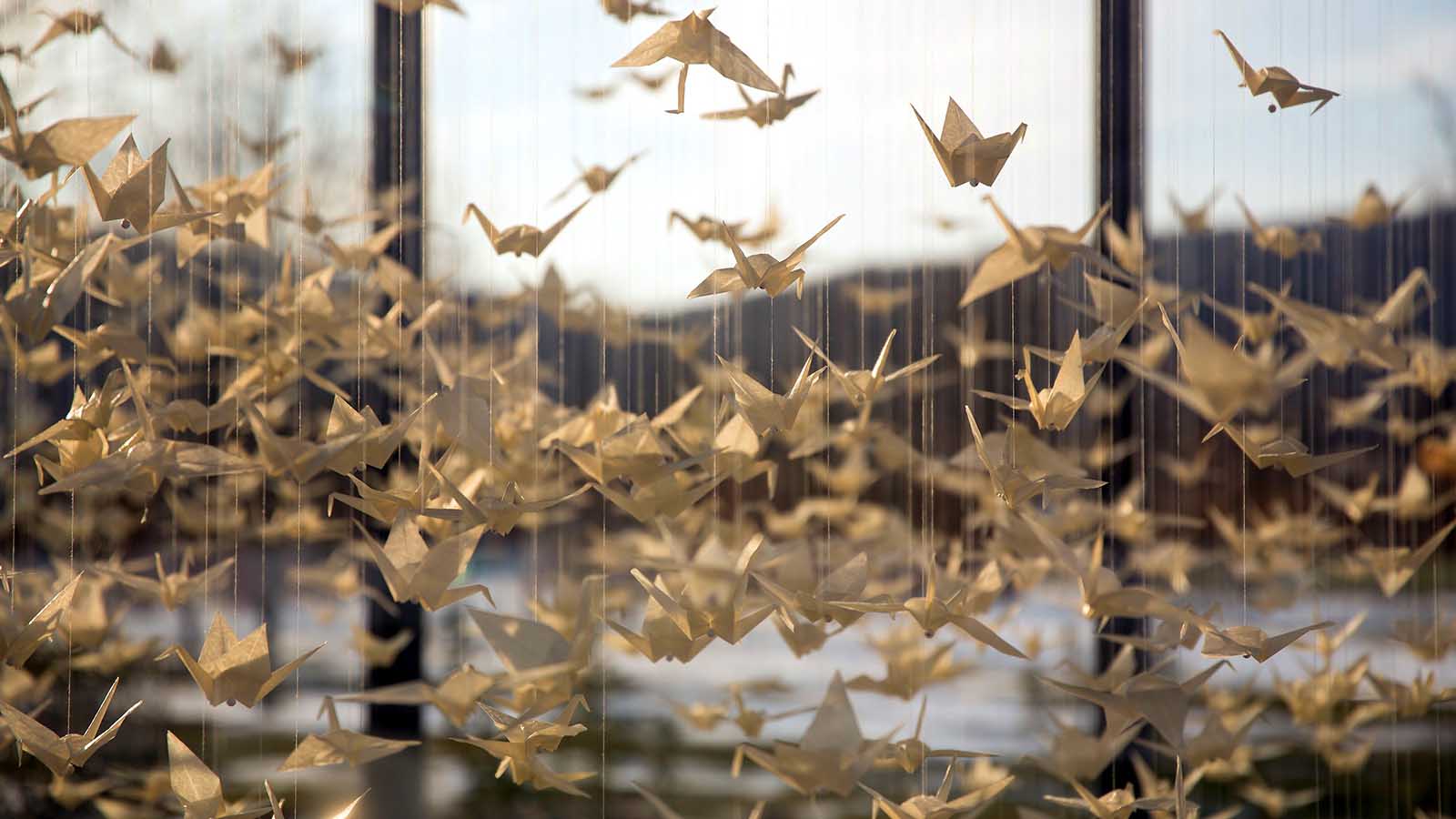 This year’s papal message for the World Day of Peace on New Year’s Day is the 50th such message. In this message, Pope Francis refers to the first such message by Blessed Pope Paul VI in 1968, during the Vietnam War. In that message, Pope Paul said, “during the latest years of our (20th) century’s history it has finally become clearly evident that Peace is the only true direction of human progress.” In this year’s message, Pope Francis explains that non-violence is “a style of politics for peace.” He challenges us, “especially in situations of conflict, let us respect this, our ‘deepest dignity,’ and make active nonviolence our way of life” (para. 1). He continues, “To be true followers of Jesus today also includes embracing his teaching about nonviolence” (para. 3).

Through active non-violence love overcomes violence. The pope explains this by quoting the words of Mother Teresa when accepting the Nobel Peace Prize in 1979: “We in our family don’t need bombs and guns, to destroy to bring peace – just get together, love one another… And we will be able to overcome all the evil that is in the world” (para. 4).

Inspired by Saint Pope John Paul II’s Hiroshima Peace Appeal (1981), the bishops of Japan marked the 50th, 60th, and 70th anniversaries of the end of World War II by issuing statements that recognize the church’s culpability both before and during that war. Based upon that recognition, the bishops have reaffirmed their commitment to peace, a commitment in line with Pope Francis’ message.

I want to reaffirm my support for the right to peaceful existence guaranteed by the Constitution of Japan enacted 70 years ago. Peace cannot be built with military power. Especially now, I appeal to the Japanese government and people to practice a sincere and persistent dialogue for the peace of Northeast Asia and the world, not responding militarily to threats by neighboring countries or terrorism.

In a May 3 Constitution Day speech delivered away from the Diet, Prime Minister Shinzo Abe spoke of a concrete timeline to fulfill his wish to clarify the existence of the Self-Defense Forces under Article 9 of the Constitution. Its implementation would mean that the SDF, which has been an entity with capabilities not exceeding the minimum necessary for self-defense and subject to strict budgetary and activity restrictions, would become a full-fledged military force. This would render ineffective the stipulation in Article 9, Paragraph 2 that “land, sea, and air forces, as well as other war potential, will never be maintained. The right of belligerency of the state will not be recognized.” In that case, tensions in Northeast Asia, and even the rest of the world, are likely to increase.

This year is also the 500th anniversary of the Reformation. On November 23, the Japan Evangelical Lutheran Church and the Catholic Bishops’ Conference of Japan will jointly sponsor a worship service and dialogue forum and symposium at the Urakami Cathedral in Nagasaki. Nagasaki experienced the repression and persecution of Christianity, and as the second atomic bomb target symbolizes the tragedy of the world in the 20th century. Would it not be wonderful if Christians’ model of prayer and dialogue that has moved formerly bitter enemies “from confrontation to reconciliation” provided a model for peacemaking in our world?

This year marks 150 years since the start of the Urakami Yoban Kuzure, the last and biggest of four persecutions of Christians in the Urakami district of Nagasaki. Next year, we will commemorate the 150th anniversary of the exile of those Christians to 22 places throughout the country. These “hidden Christians” gained strength from their encounters with priests at the end of the Edo period and into the Meiji period and stood up to express their faith. It can be said that in the history of Japan it was these few people who awakened freedom of thought, conscience, and belief, resisting to the point of death the power of the state to invade the individual’s inner heart. In light of this Japanese Catholic history we view with alarm the forcible adoption in the recent Diet session of an “anti-conspiracy bill” that introduces the danger of a “surveillance society” that impinges upon the rights of citizens. In the prewar and wartime era, when state power infringed people’s freedom of speech, ideas, and beliefs through such laws as the Chian Ijihō (security maintenance law), Japan made its way to war, leading to the deaths of more than 20 million people, including those of neighboring countries. It is our duty to leave to our children and grandchildren a society in which fundamental human rights including the freedom of belief and human dignity are respected to the utmost without ever walking the way to war again.

Terrorism occurs frequently in various parts of the world. Because nations give priority to their own interests, there is concern that countries cannot cooperate to solve global problems such as conflict, civil war, the increase in refugees, human trafficking and abuse, and environmental destruction. It is always defenseless people such as children, women and the elderly who suffer most from the conflicts of the strong. Here in Japan, victims of the TEPCO Fukushima Daiichi Nuclear Power Plant accident suffer the loss of their livelihood and the life they knew. The people of Okinawa who are oppressed by the burden of military bases also endure unreasonable demands. Let’s pray for these people, think about what we can do, and then act to bring about a peaceful and just society.

Let’s mark this year’s Ten Days for Peace in the spirit of Pope Francis’ prayer, “May charity and nonviolence govern how we treat each other as individuals, within society and in international life” (para. 1), and the teaching of Jesus Christ, “Blessed are the peacemakers” (Matthew 5:9). 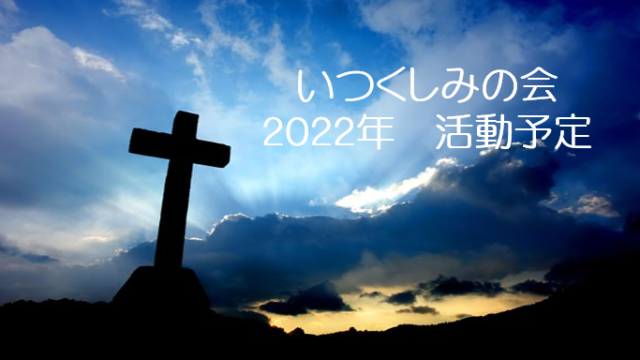 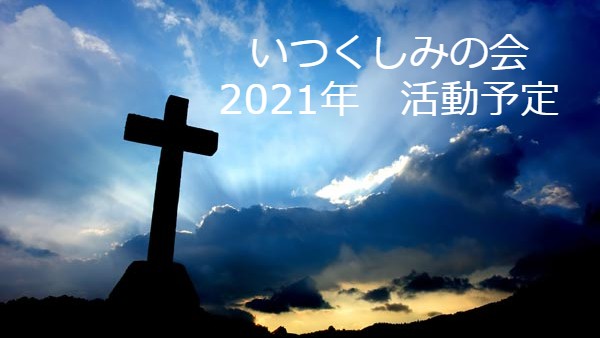 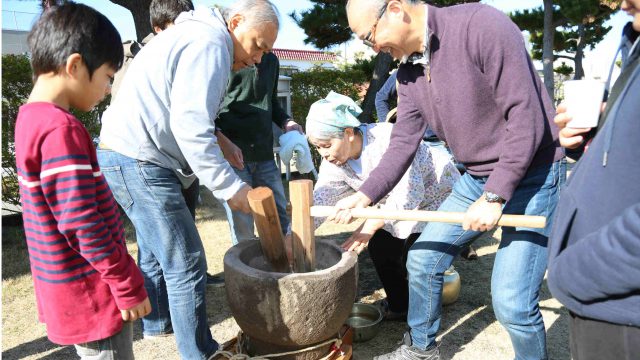